The Smithsonian National Museum of African American History and Culture’s newest exhibit, “Make Good the Promises: Reconstruction and Its Legacies,” opens today, September 24, 2021 coinciding with the museum’s 5-year anniversary. The exhibit examines the era of Reconstruction as newly freed African Americans entered society after the end of the Civil War and invites visitors to think about an often overlooked part of American history. It is a relevant and poignant exhibit that tells an important story about how Reconstruction and its legacy has carried through to our current generation’s discrimination.

Cortina Productions designed and produced two interactives and twelve films for the exhibition, including two films featuring local actor and Howard University professor Craig Wallace as Frederick Douglass. The “Freedmen’s Bureau Records” interactive allows visitors to step into the role of a historian and discover the stories of newly freed people through a digital interactive experience. During Reconstruction, the Bureau collected millions of pages of written records that tell stories of the real human experience. The installation “Myth and Memory” uses a holographic technique to create a 3D environment. As visitors approach a pedestal with a holographic image of a confederate monument, the juxtaposition of the solid statue as a transparent image alludes to the endurance and fluidity of historical myth and memory.

“Reconstruction was a pivotal moment in American history when the nation had an opportunity to make amends for the injustices of slavery and rebuild itself on a new foundation of racial equality,” said Kevin Young, the Andrew W. Mellon Director of the National Museum of African American History and Culture. “While some gains were made, this was also a period of voter suppression, racially motivated violence and unlawful incarceration. These are the legacies of Reconstruction explored in this important exhibition. Because of the work left unfinished by Reconstruction and the decades of discrimination that followed, the struggle for equality and justice continues in society today.”

The 4,300 sq ft exhibit is featured in the Bank of America Special Exhibitions Gallery through August 21, 2022 and displays over 175 objects and 300 images of the Reconstruction era with connections to contemporary objects, such as Trayvon Martin’s sweatshirt that he was wearing when he was fatally shot in 2012. “Make Good the Promises” not only examines the misconceptions of Reconstruction, but also brings history to the present by pinpointing how the discriminations and racial profiling from that era were carried into today’s society.

As our senior producer on this project, Kia Meredith-Caballero, states, “The greatest challenge and the greatest joy in telling the complex story of Reconstruction is to honor the journey of my ancestors, 4 million newly freed people claiming freedom, equality, and citizenship for themselves, their families and their communities.” 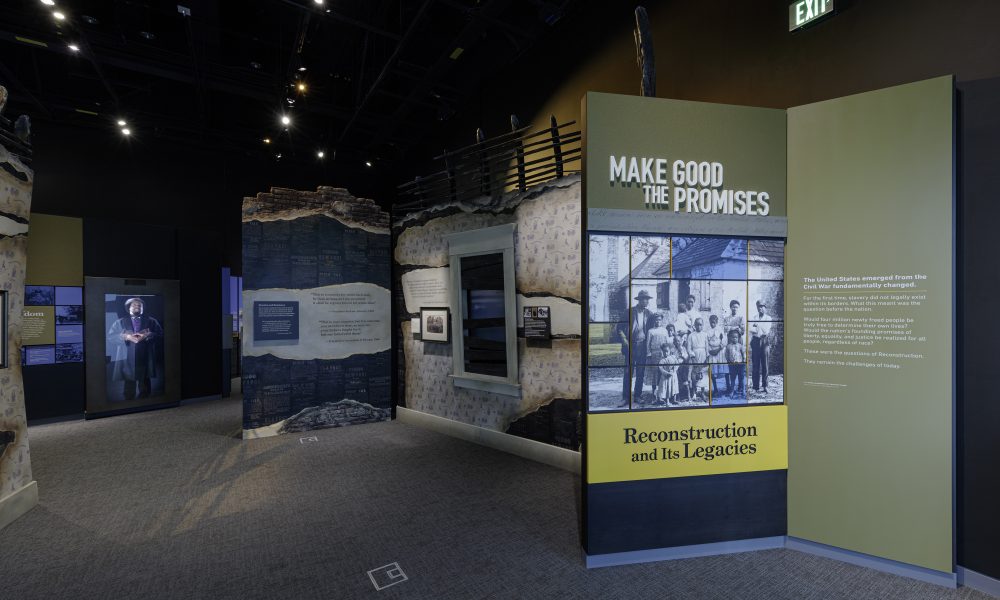 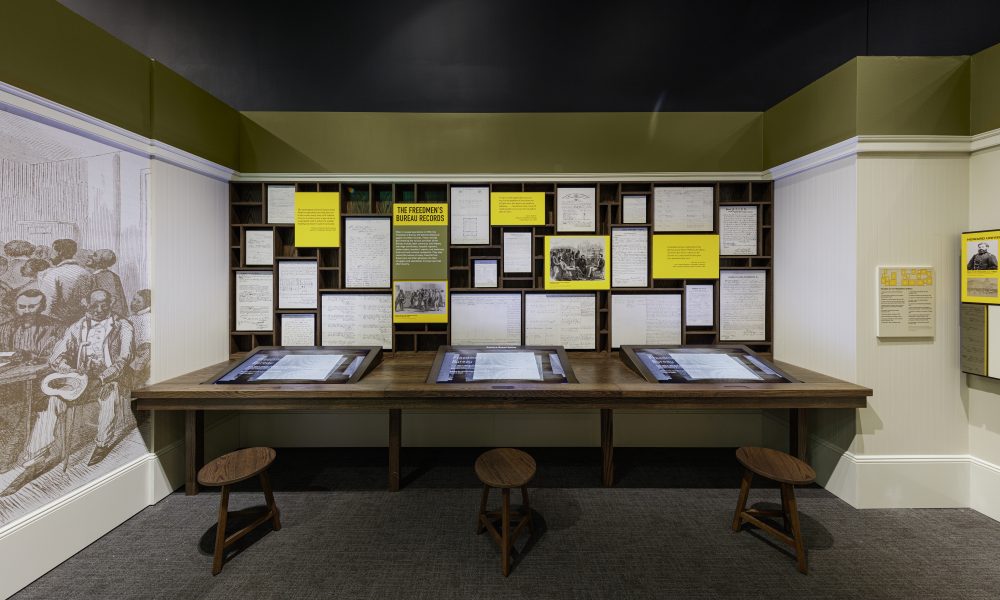 The “Freedmen's Bureau Records” interactive allows visitors to step into the role of a historian and discover the stories of newly freed people through a digital interactive experience.