The new American Revolution Museum at Yorktown tells the complex and rich stories of our country’s Revolutionary heritage. As part of the new exhibits, Cortina Productions designed and produced a total of 12 films, seven interactives, five audioscapes, an interactive website, and a mobile app. A few project highlights include the museum’s introductory film titled Liberty Fever; an immersive special effects 4D theater with wrap around screen called Siege Theater; a Personal Stories of the Revolution interactive; the Battle Game interactive which lets visitors reenact historical battles; the U.S Constitution and Bill of Rights interactive which showcases the documents’ lasting legacy through stylized comic book scenarios; and a mobile app that lets visitors tour the gallery from the perspective of Patriots Loyalists, women of the revolution, children, and more.

The Siege of Yorktown 4D Theater. 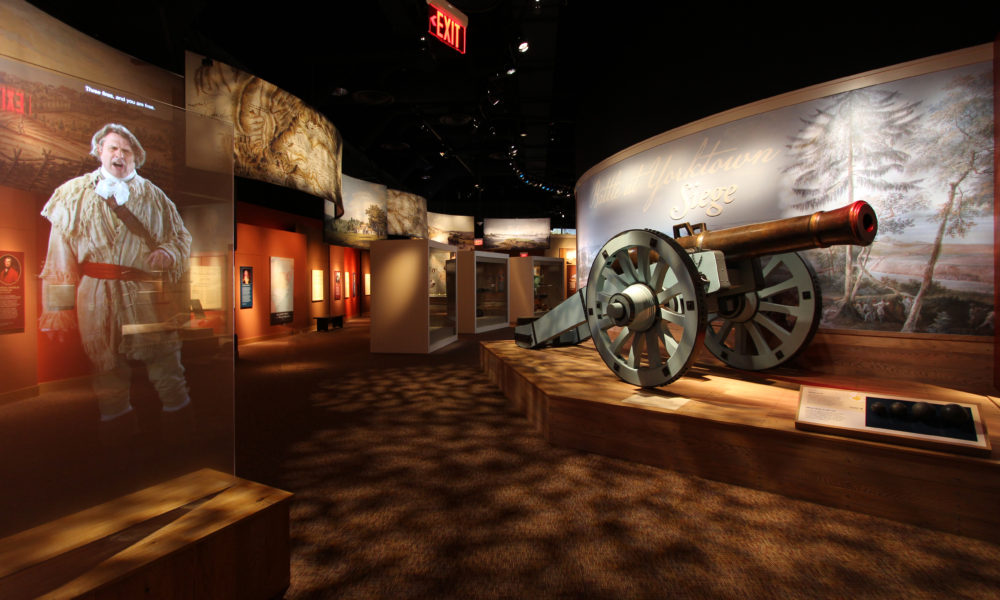 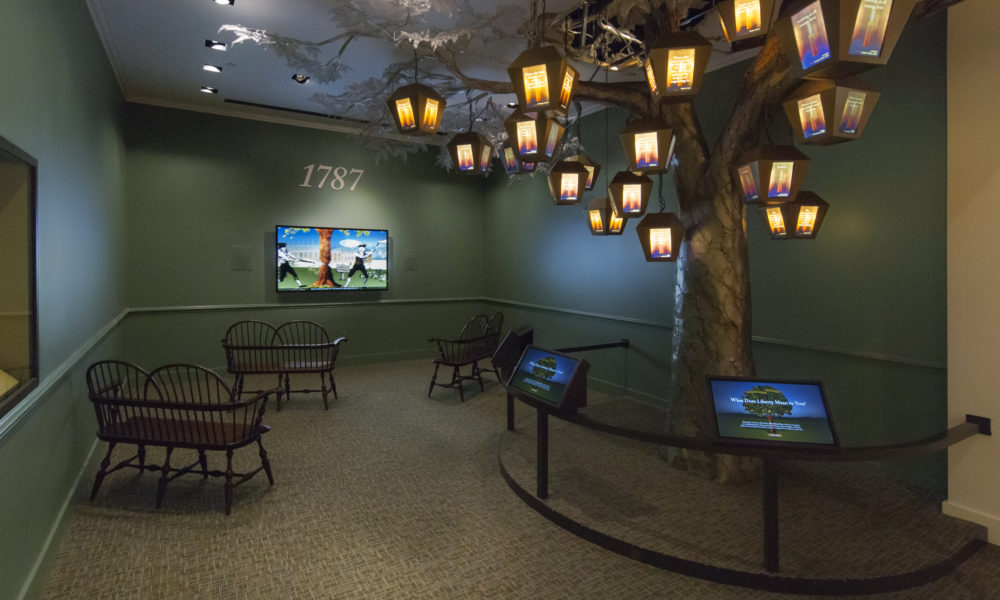 “The Liberty Tree” interactive allows visitors to share their thoughts on liberty and display their message on one of the lanterns above. 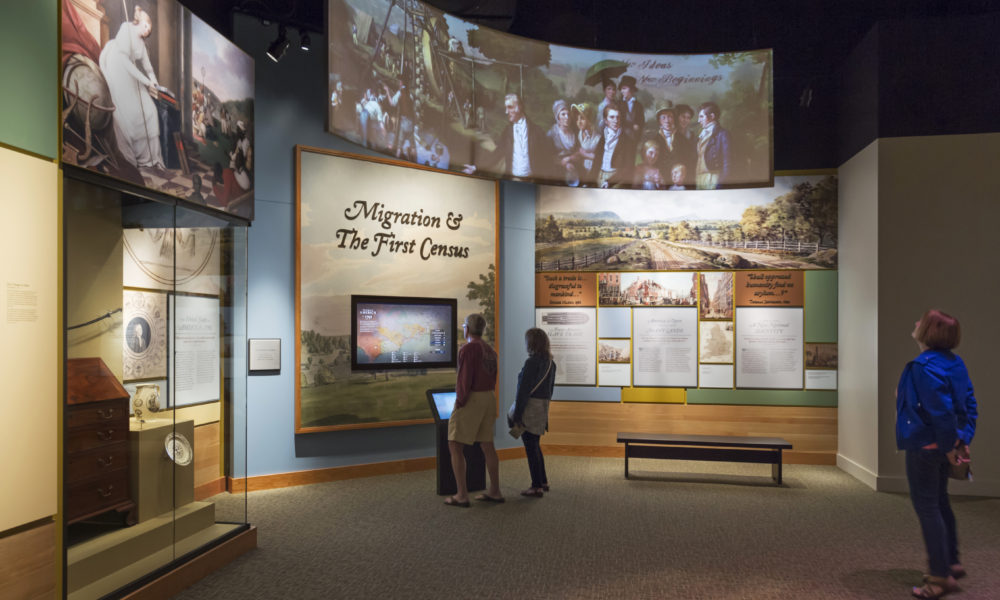 The “Moving Ribbon” video displayed at the American Revolution Museum at Yorktown. 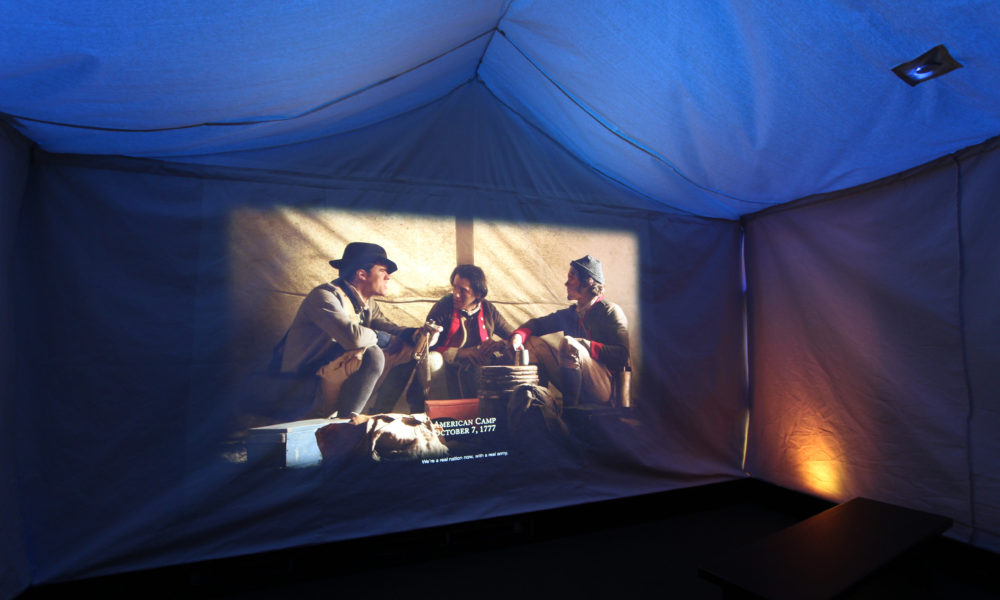 “The Campaign at Saratoga” film displayed in a fabricated tent. 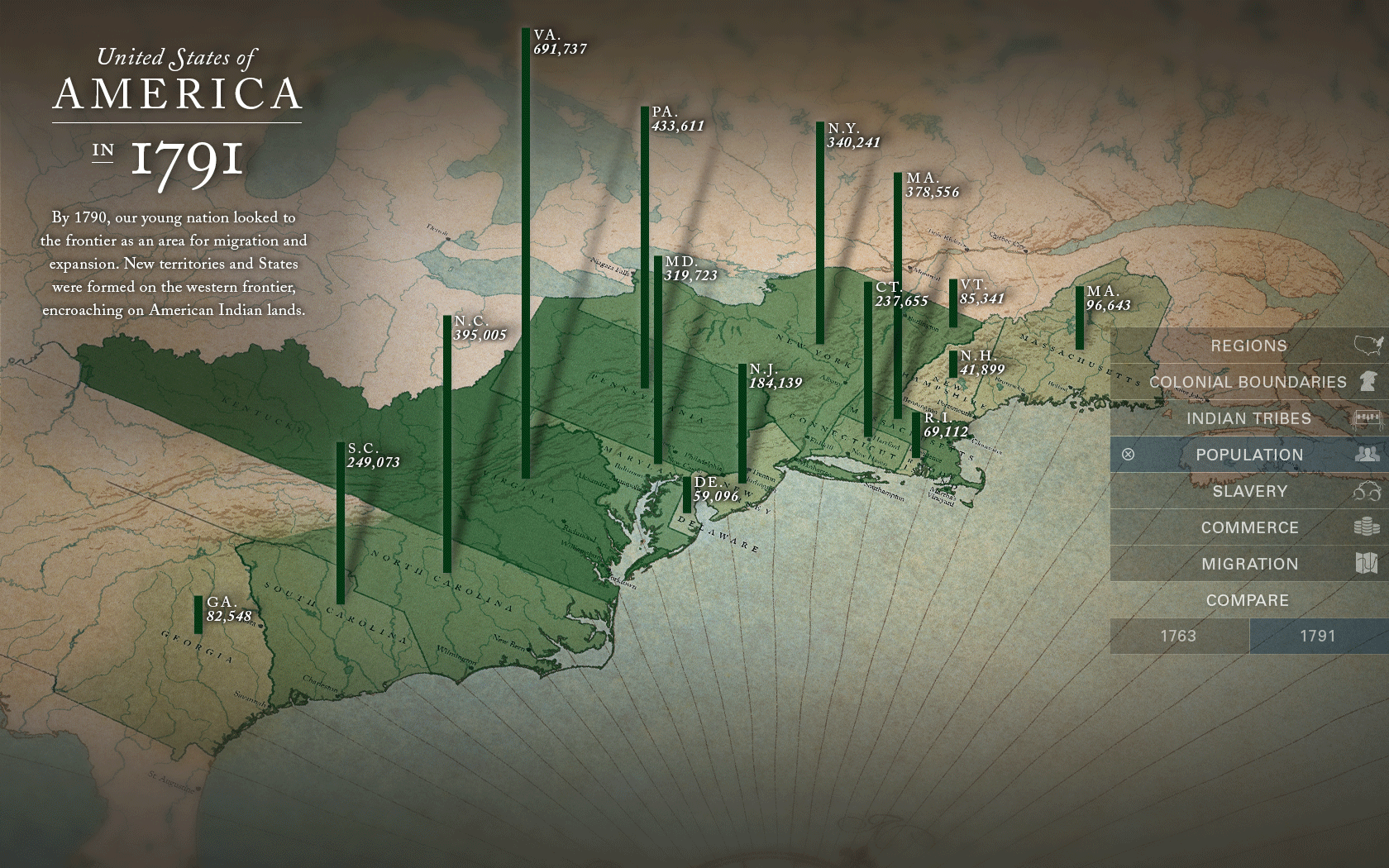 The population filter on a map interactive.