Aquarium of the Pacific – Pacific Visions

The Pacific Visions wing at the Aquarium of the Pacific in Long Beach, CA features state-of-the-art media experiences, art installations, and live animal exhibits to allow visitors to explore the future of the world ocean and engage in a discussion on sustainability. Cortina Productions designed and produced Pacific Visions, including the immersive signature presentation for the Honda Pacific Visions Theater. Tackling the connections between humanity and the oceans, the “Designing Our Future” film is presented on both a 9K curved screen and a circular projection surface at the base to create a dynamic multi-screen experience. Starting with the original concept design, Cortina Productions also created for Pacific Visions a 48-foot-long interactive wall covering ocean and sustainability facts, three multi-user interactive tables that allow visitors to explore the specific needs of California’s future, a virtual waterfall that continues onto a gesture-based interactive floor, a kiosk where visitors can explore a future sustainable city, digital signage with live data, and a pre-show presentation outside of the theater’s main doors. 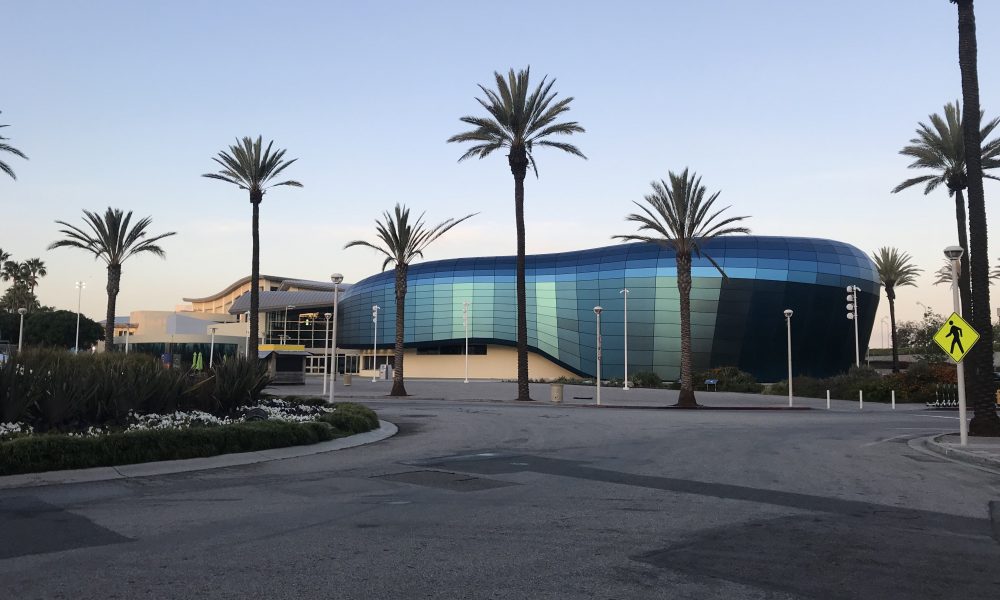 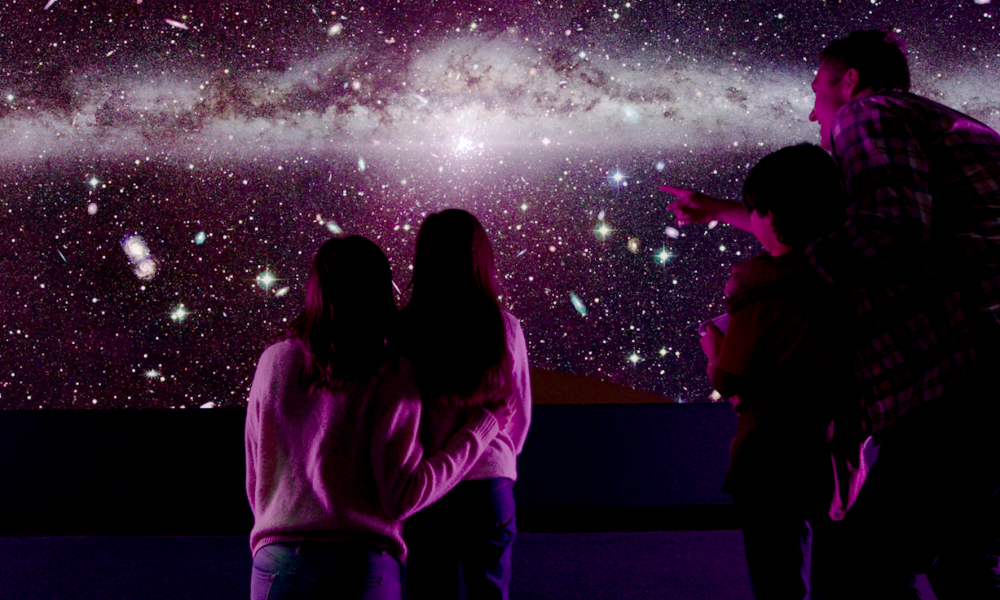 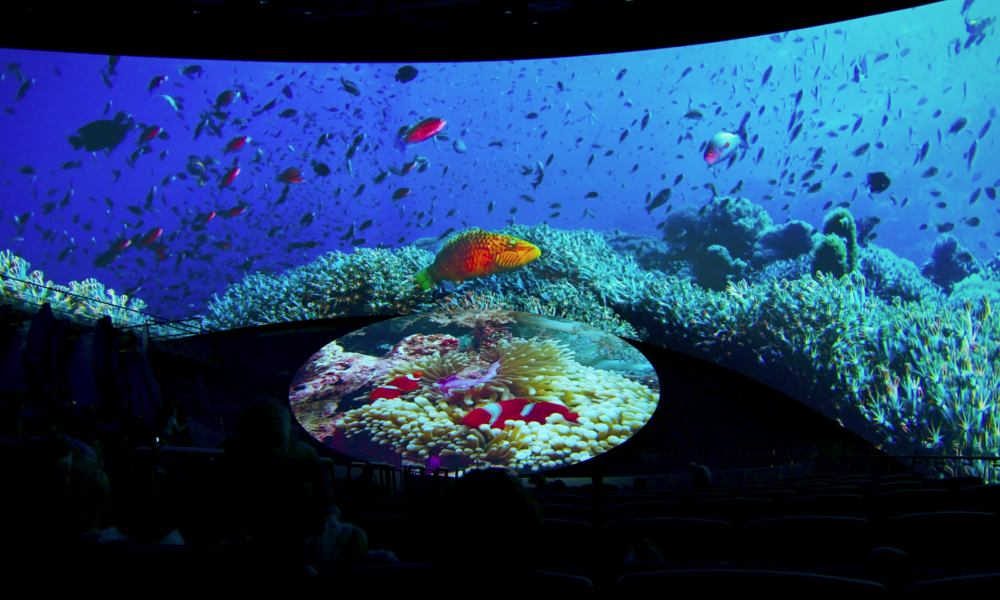 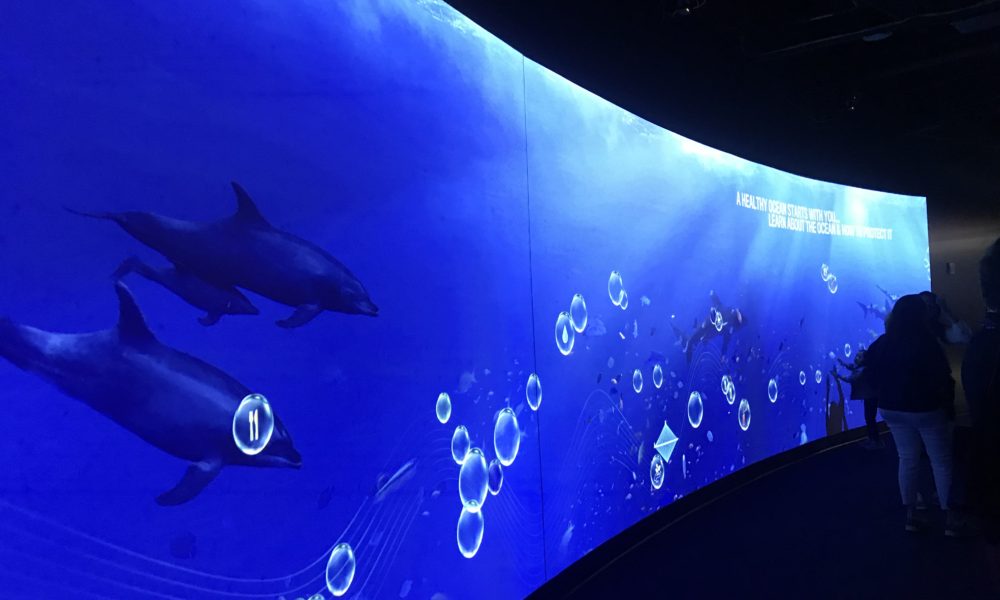 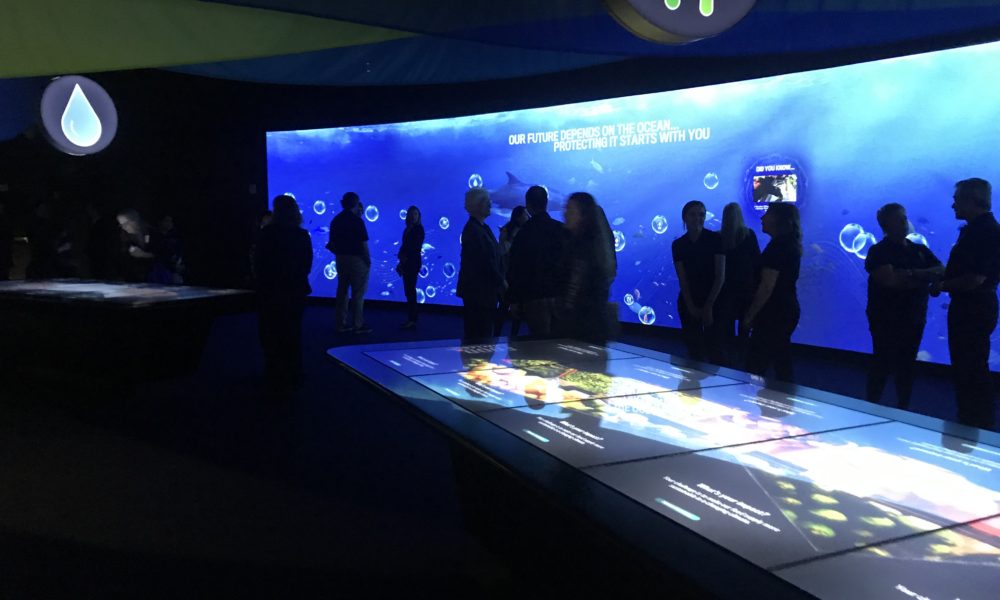