Canada’s Sports Hall of Fame has a shining new home in Calgary, including a LEED-certified building that features 44,000 square feet of exhibit space. Cortina Productions designed and produced a range of media exhibits for the Hall that showcases the outstanding achievements of the 506 Canadian athletes from 56 sports honored there. We worked hand-in-hand with the exhibit designer Cambridge Seven Associates and architect Stantec from the initial conceptual design through completion. Exhibits designed and produced include the Hall’s signature film “Our Greatest Moments,” the multiscreen “Ring of Canada Sports,” plus more than 25 interactives, videos, and audio programs. Visitors can shadow box with Lennox Lewis, attempt to beat Chantal Petitclerc’s record in a wheelchair race, and simulate flying through the air like ski jumper Eric Mitchell. They can also see what it is like to play goalie for the Calgary Flames and feel how it is to catch a pitch thrown by Jeff Francis, both in 3D. 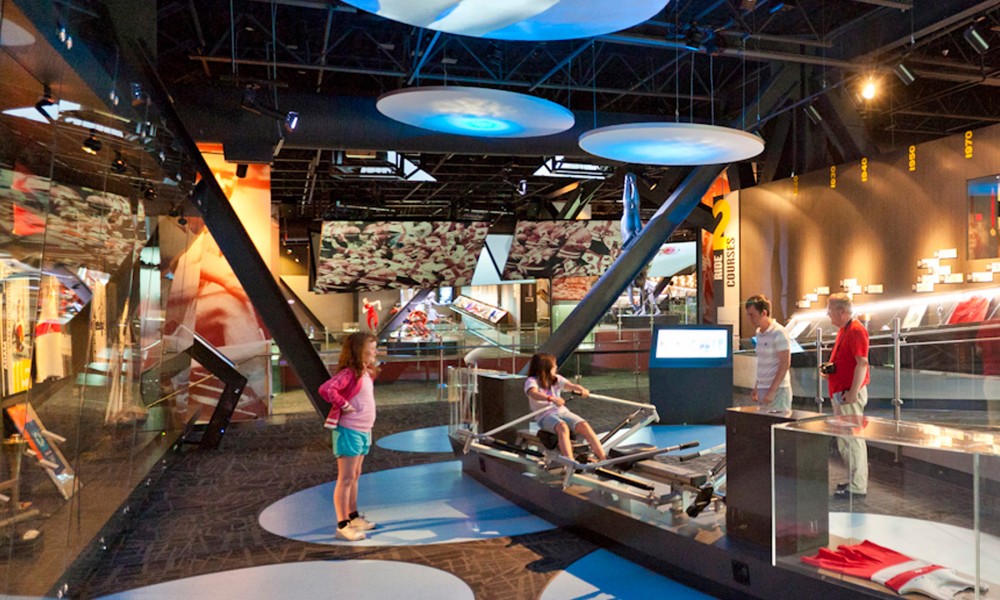 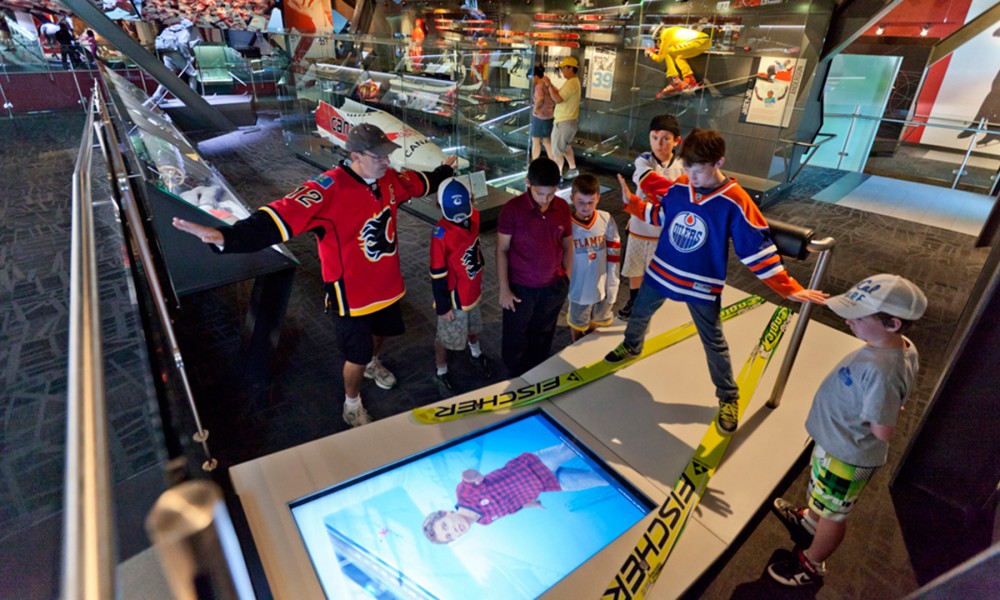 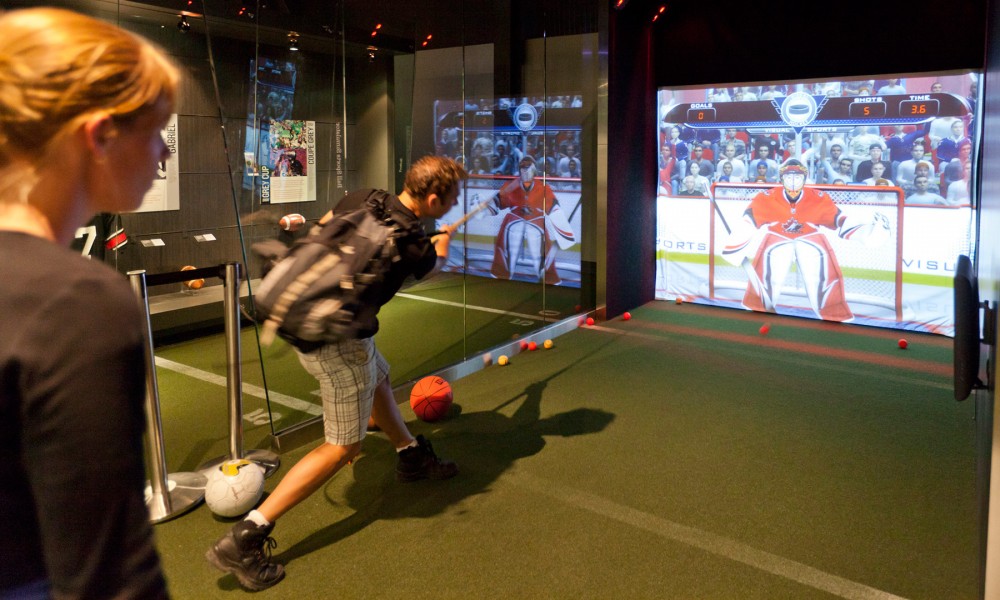 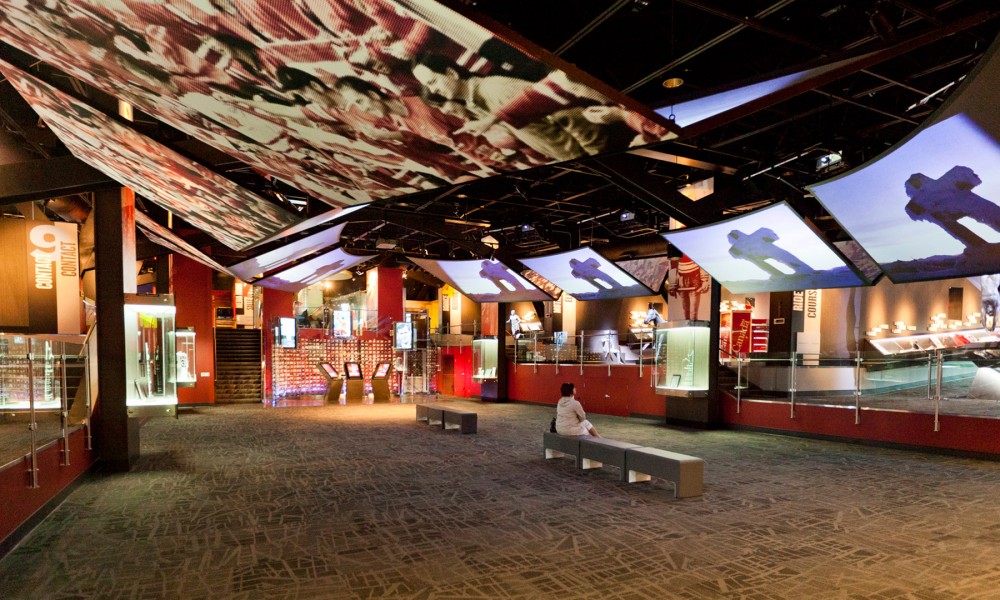 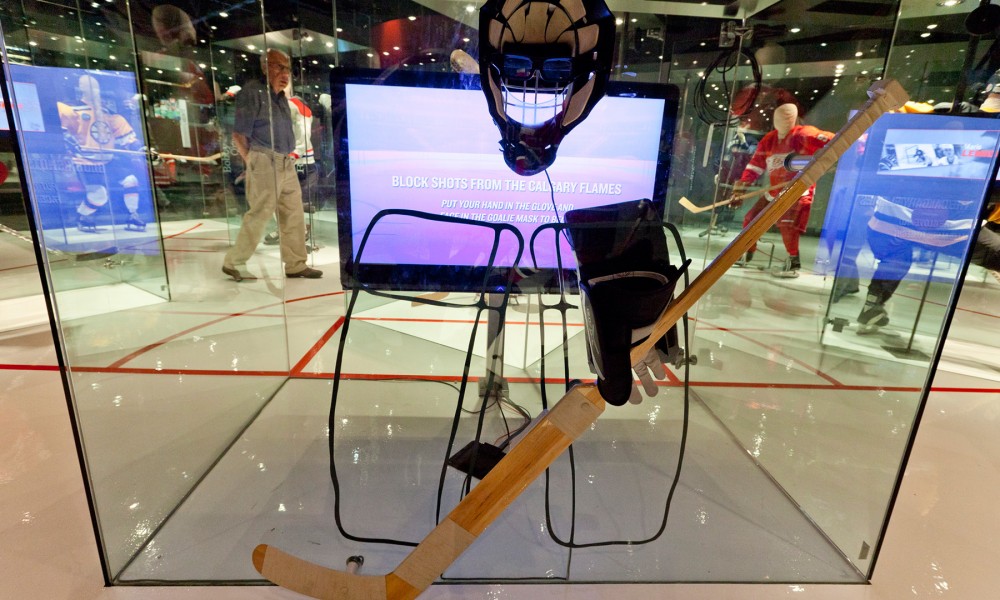 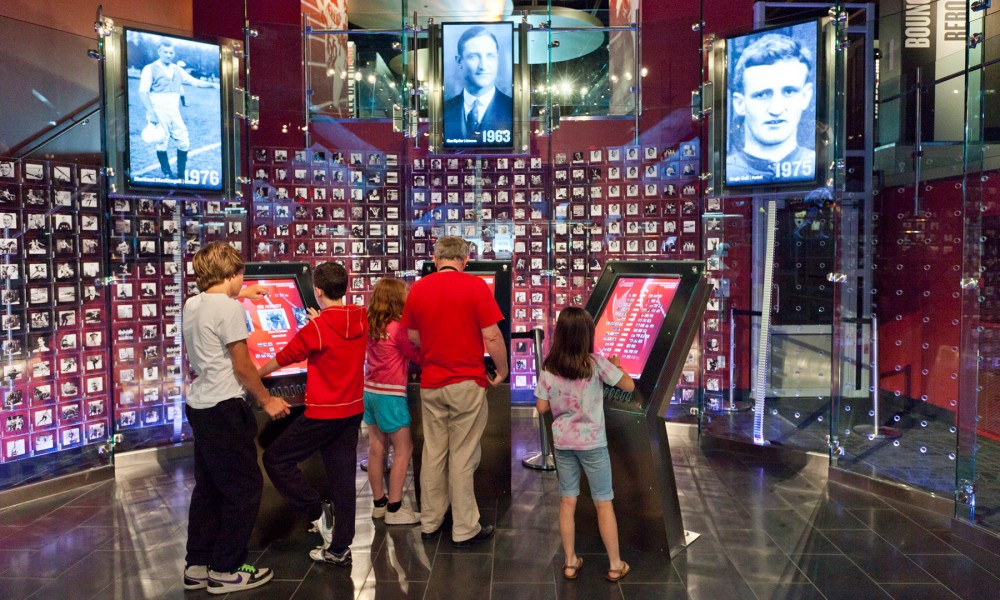 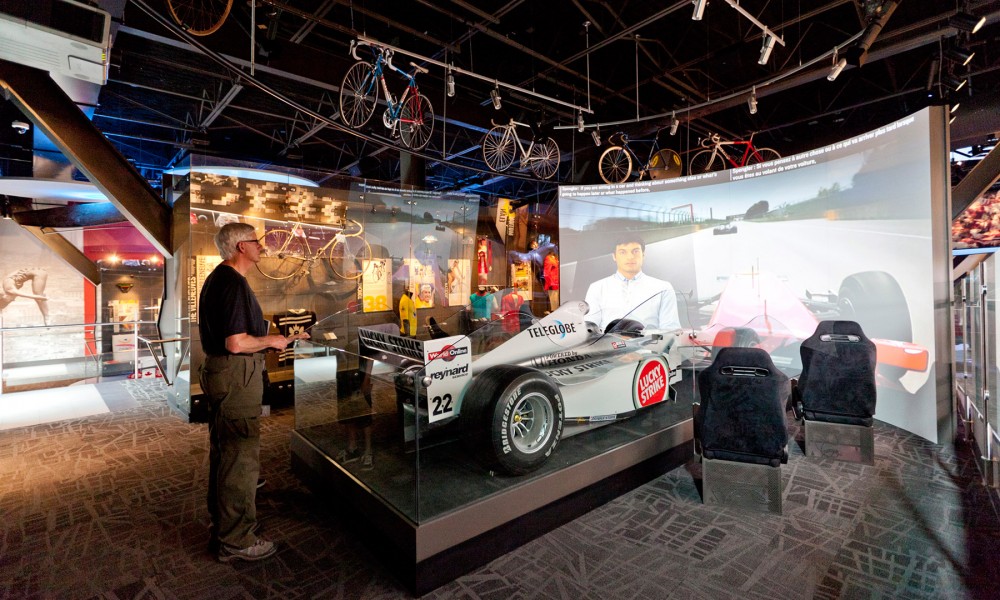