The College Football Hall of Fame is unlike any other hall of fame or museum. The new facility is intended to be the high-tech home for all things football. Galleries highlight the fan experience, the coaches, the equipment, and the student athletes themselves. Visitors live the game day experience as they explore interactive exhibits, audio-scapes, films, and artifacts that highlight the game’s past, present, and future. The RFID technology at the heart of the experience, allows visitors to customize their visit. Interactive exhibits recognize visitors throughout the hall, presenting them with content related to their favorite schools and allowing them to create custom experiences that they can access immediately or at home through the Hall’s website long after they have left the building.

Cortina Productions produced seven films including a 4K Ultra-HD signature film. “The Game of Your Life” features the voices of Hall of Famers and some of the sports most notable personalities as they describe their experiences on the field and the impact the game has had on their life. Their stories are juxtaposed over original 4K footage shot over the course of the 2012 and 2013 seasons. Cortina also produced four audio soundscapes, and 19 interactive exhibits and developed the RFID-driven All-Access system that ties all of the interactive exhibits together and a robust Content Management System to handle the massive amounts of data, imagery, and video that is featured throughout the hall. 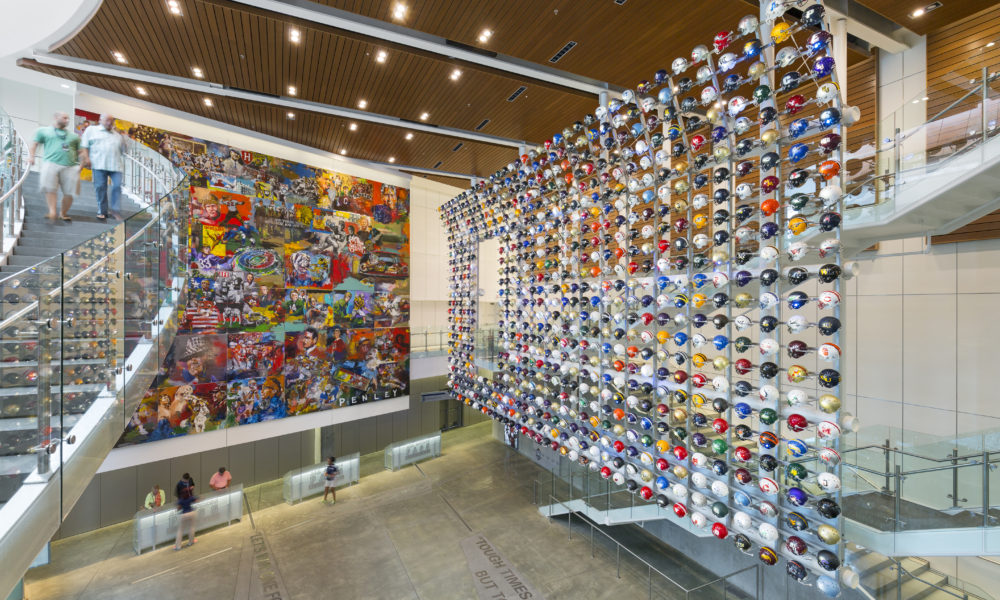 After registering your RFID “All-Access Pass” your team’s helmet lights up while you are in the Hall. 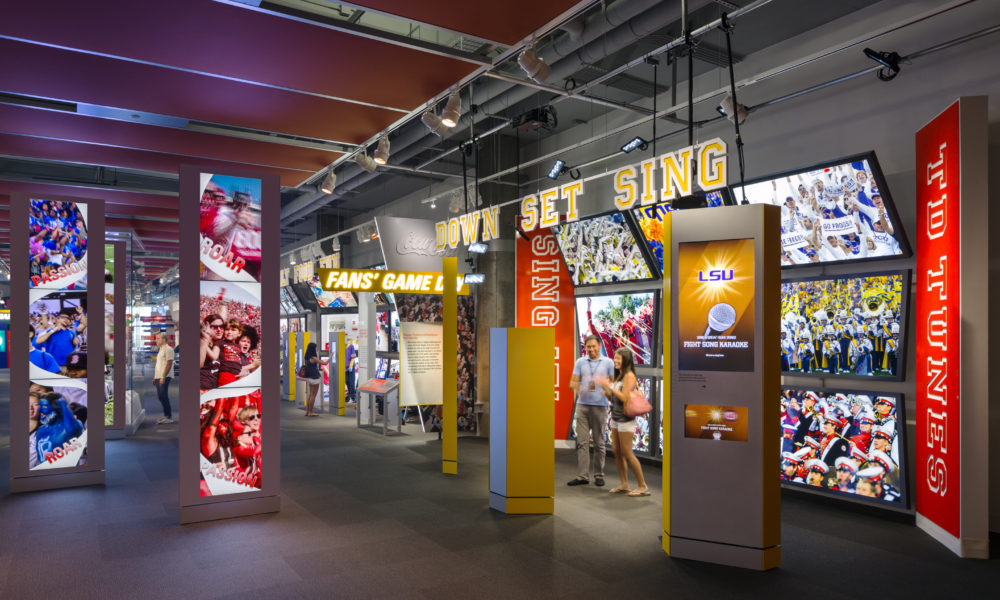 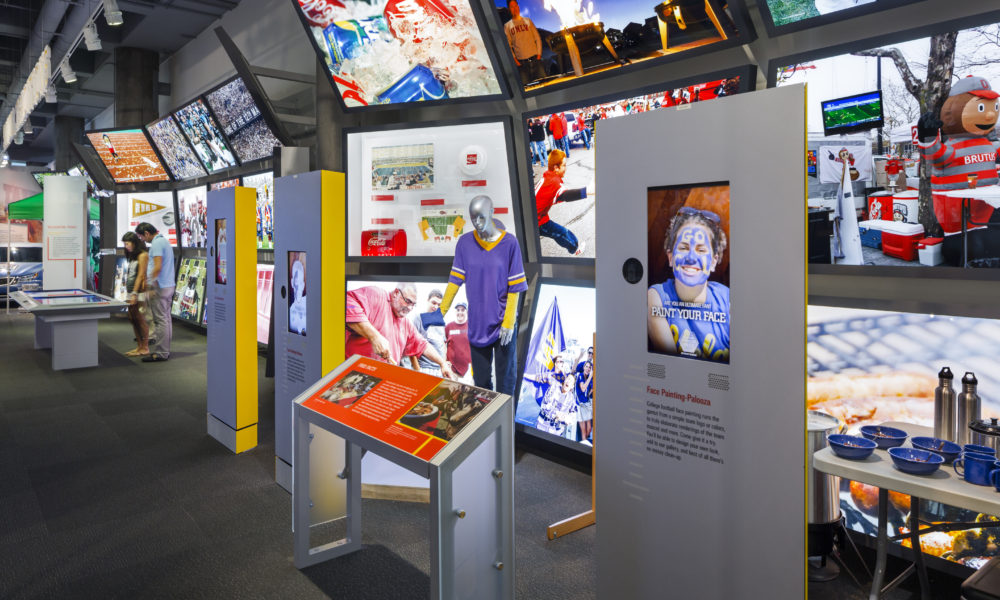 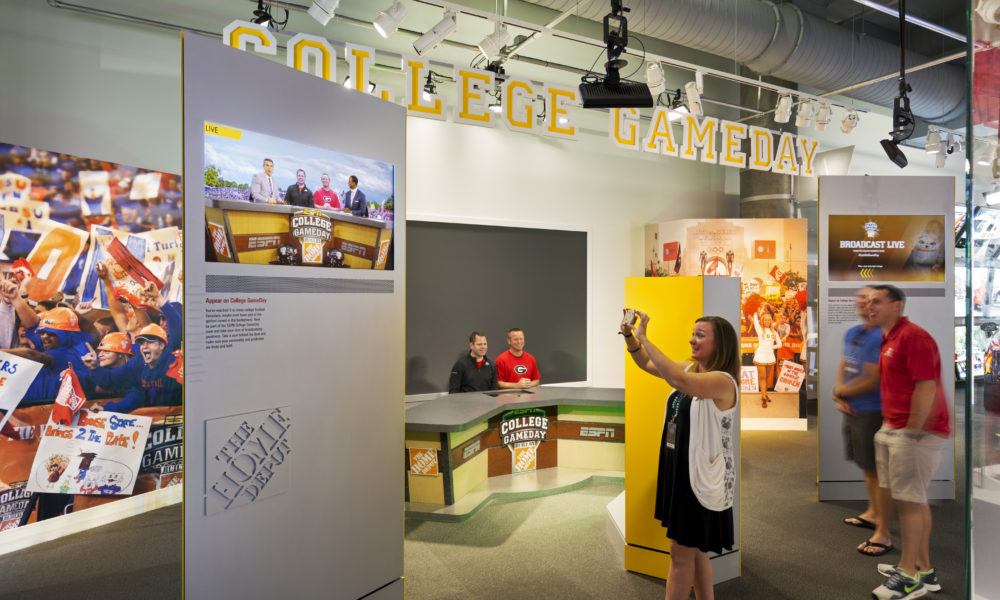