The National World War II Museum’s US Freedom Pavilion tells the story of America’s unprecedented industrial capability during the war years and explores what it was like to participate in World War II on land, at sea, or in the air. Cortina Productions developed eleven interactive exhibits, including the lobby interactive theater experience “What Would You Do?”, the Services interactive table, and Fly Boys where visitors can climb into the cockpit of a WWII aircraft suspended overhead. The signature film of the Pavilion is the immersive 4D-360 Submarine experience that recreates the final tragic battle of the submarine USS Tang. 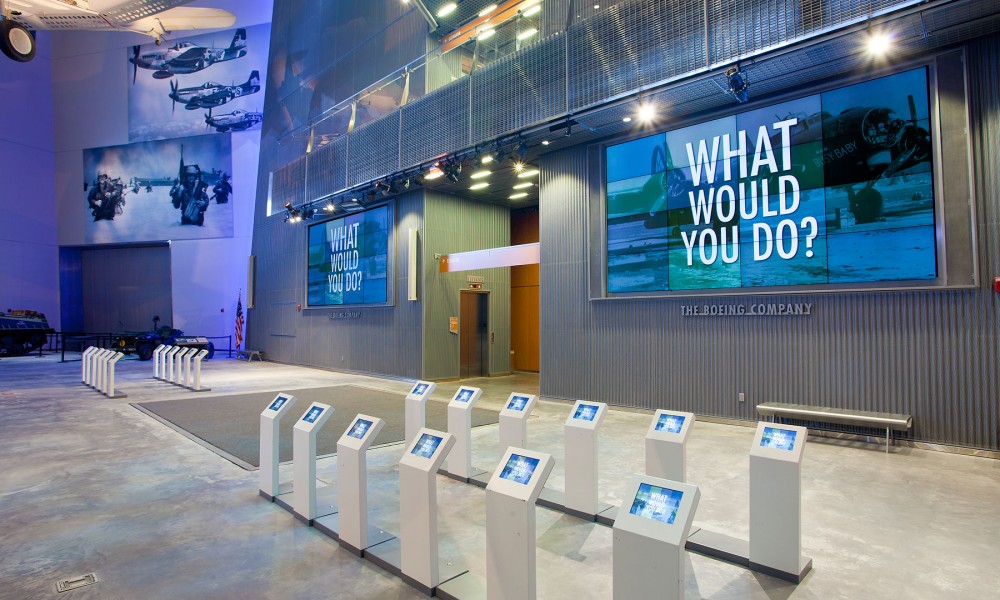 The "What Would You Do?" decision theater at the National World War II Museum - U.S. Freedom Pavilion. 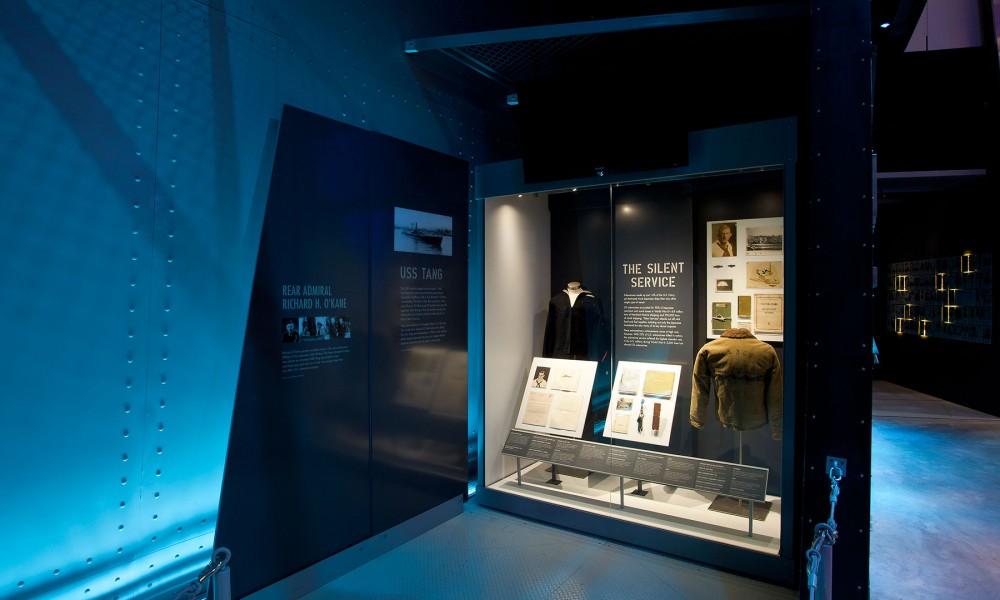 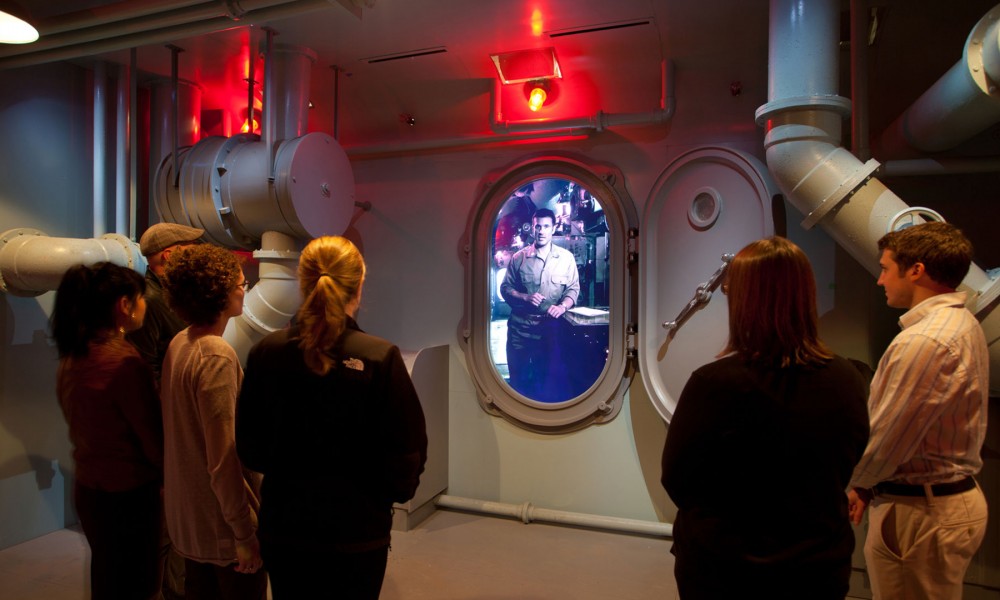 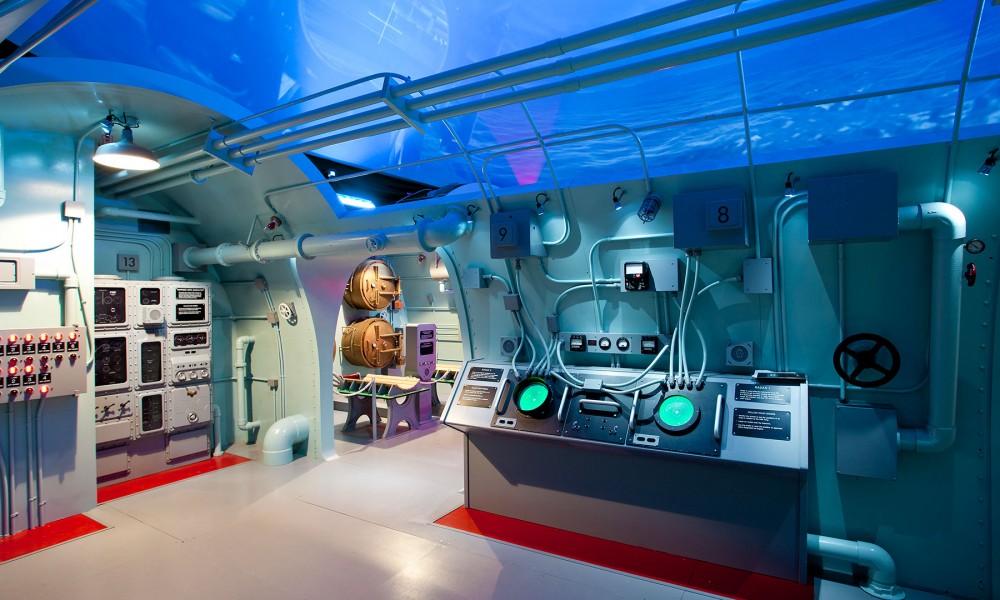