Interactive exhibits focus on telling the personal stories of people who played major roles in South Carolina’s history as well as the eras and cultural movements that shaped the state. In the "Animated Portraits" interactive, visitors hear from four historical figures in South Carolina during the Civil War and Reconstruction era. In the interactive map table, "Changing Landscapes," visitors explore four early maps of Charleston and the state that reflect how landscapes and migration patterns have changed over time.

The signature film, "Charleston Renaissance," is projected onto one of the building's original arches. Through archival footage and original interviews with historians, the film explores the time between the two World Wars in which the Charleston arts scene blossomed. 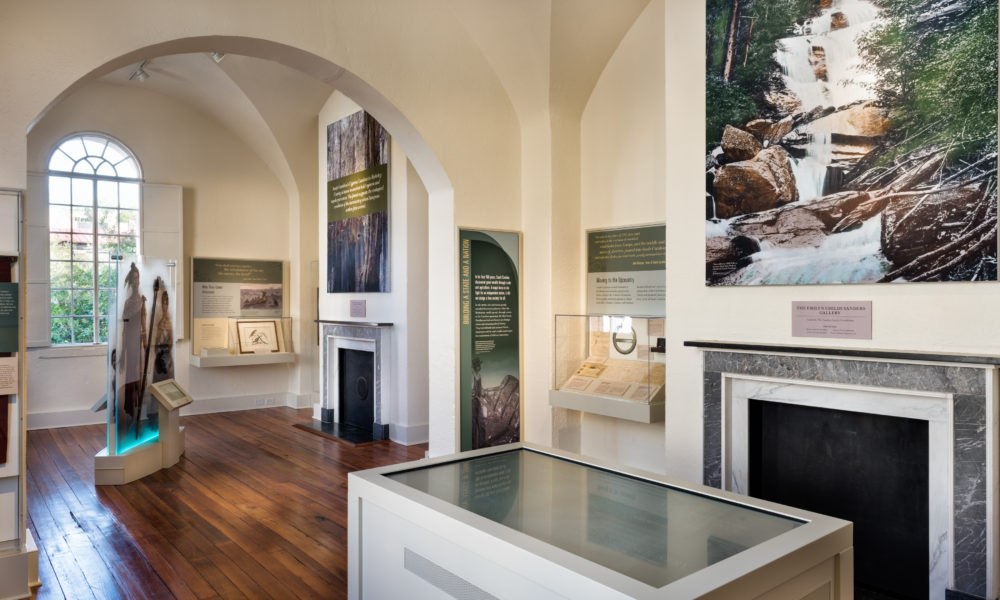 The “Changing Landscapes” and “Land, Life, and Water” interactives at the South Carolina Historical Society Museum. 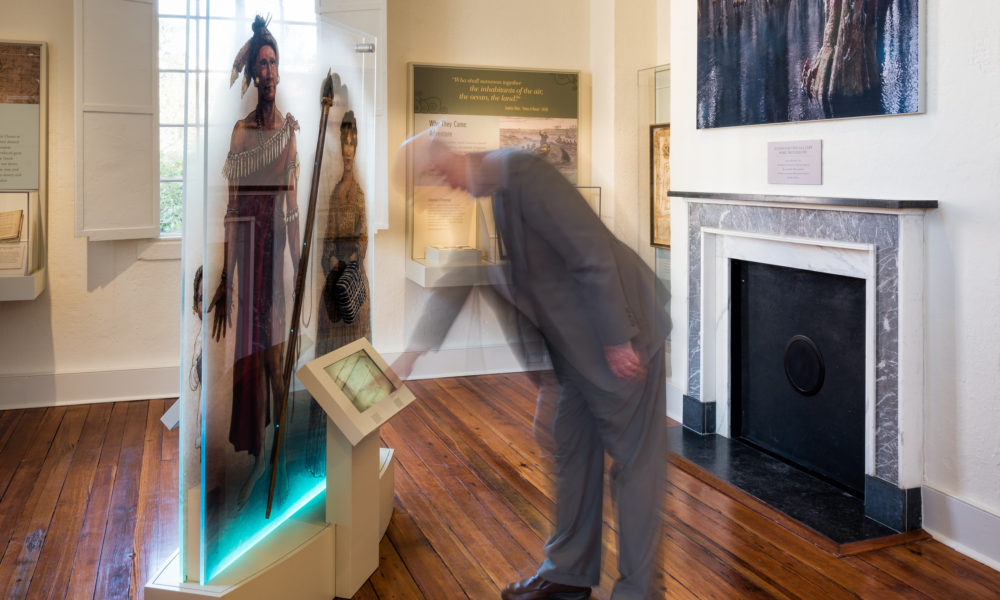 The “Land, Life, and Water” interactive explores the personal stories of the four accompanying portraits. 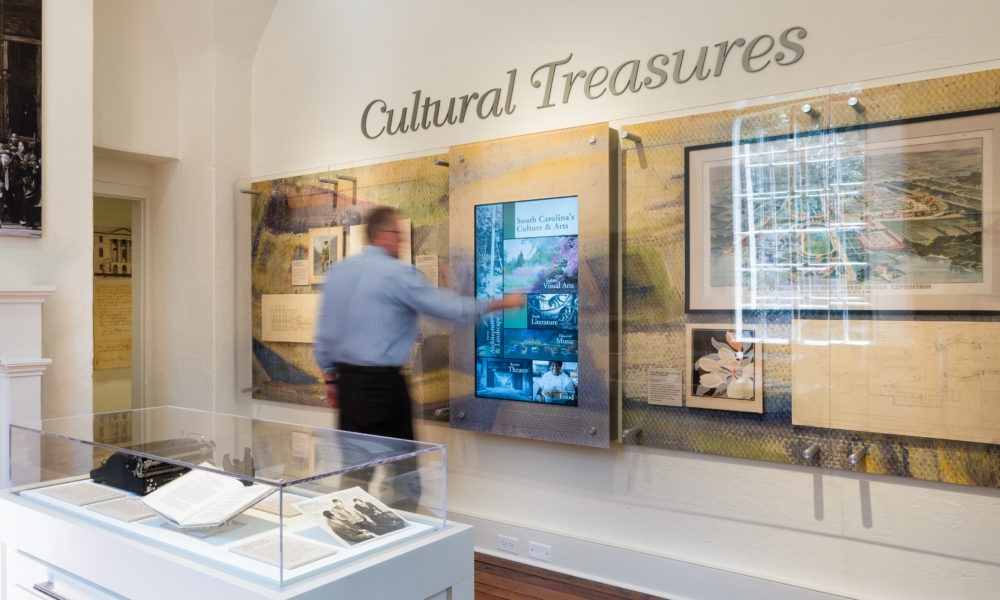 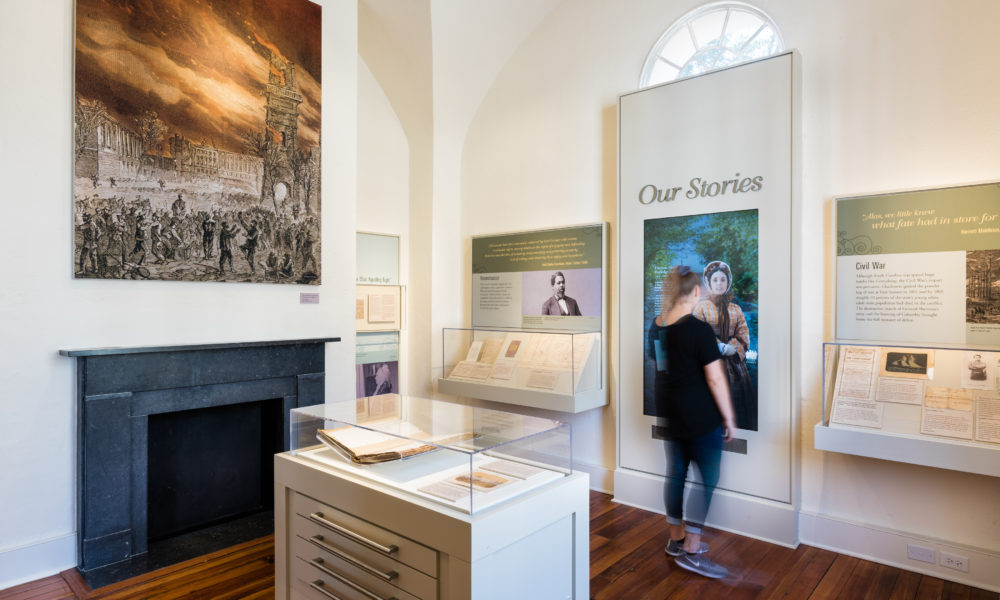 The “Culture and Arts” interactive allows visitors to learn about the different art styles prevalent in South Carolina's history. 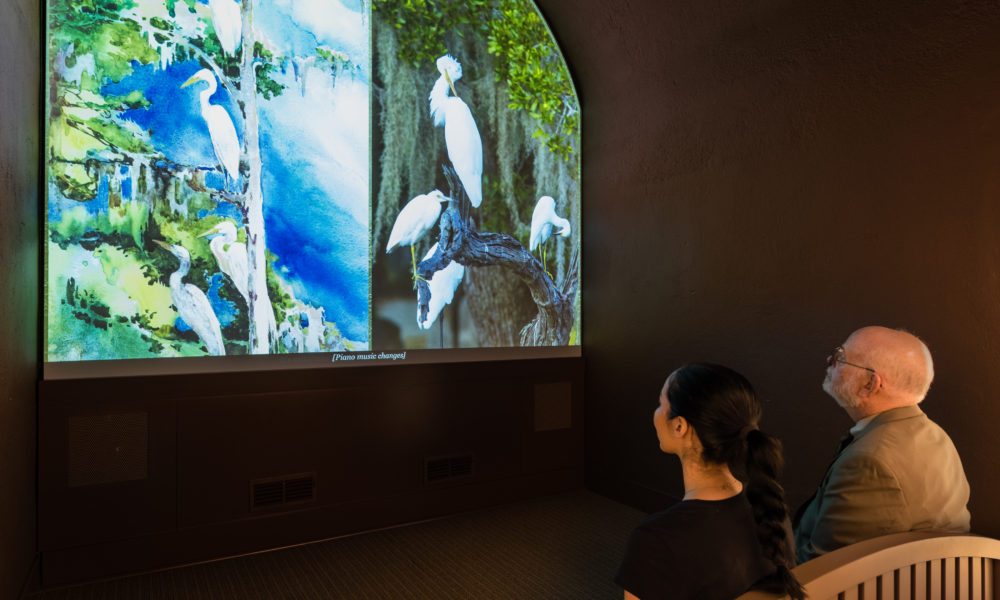 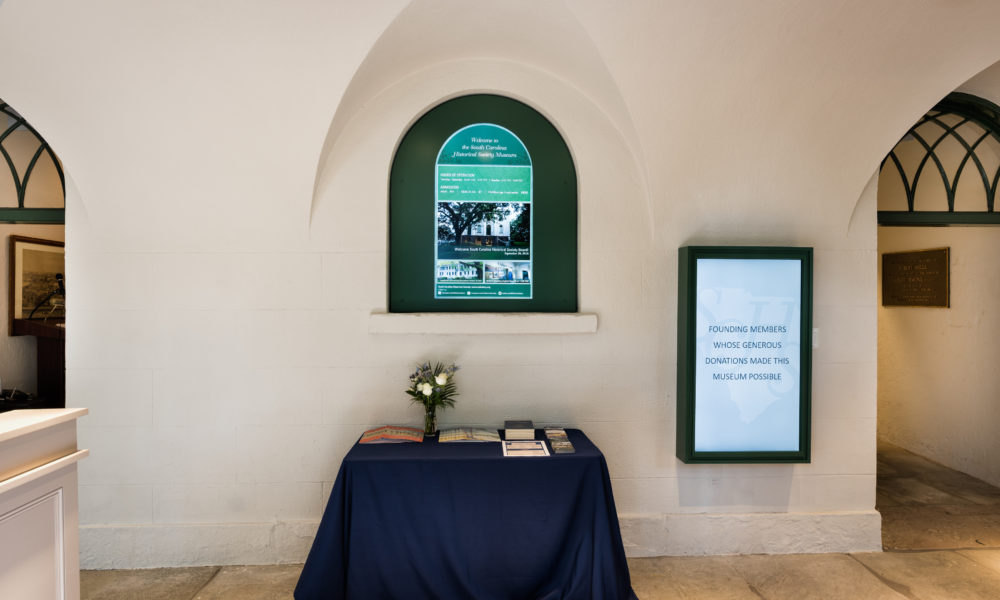 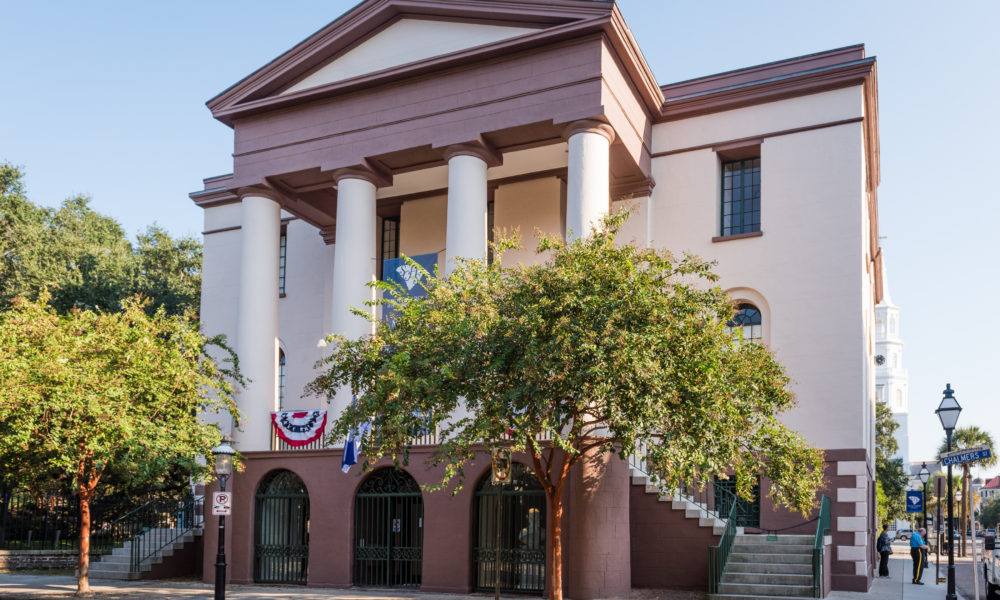 Exterior of the Fireproof Building in Charleston, South Carolina.