Americans and the Holocaust, a new exhibit at the United States Holocaust Memorial Museum, aims to conceptualize America’s attitude and response to the rise of Nazism in the 1930s and 1940s, and asks visitors to reflect on our responsibility in society today. Cortina Productions worked with the Museum to create three films, four interactives, and 12 media-as-artifact pieces for the exhibit. Project highlights include "In Search of Refuge", a multi-user interactive table that shares the personal stories and challenges refugees seeking to gain admission to the United States faced and "Nazi Germany in the News," an interactive map that explores American news coverage of the rise of Nazism. Cortina also produced "The Great Arsenal of Democracy," a film that depicts President Franklin Delano Roosevelt’s leadership in the years leading up to the second World War. 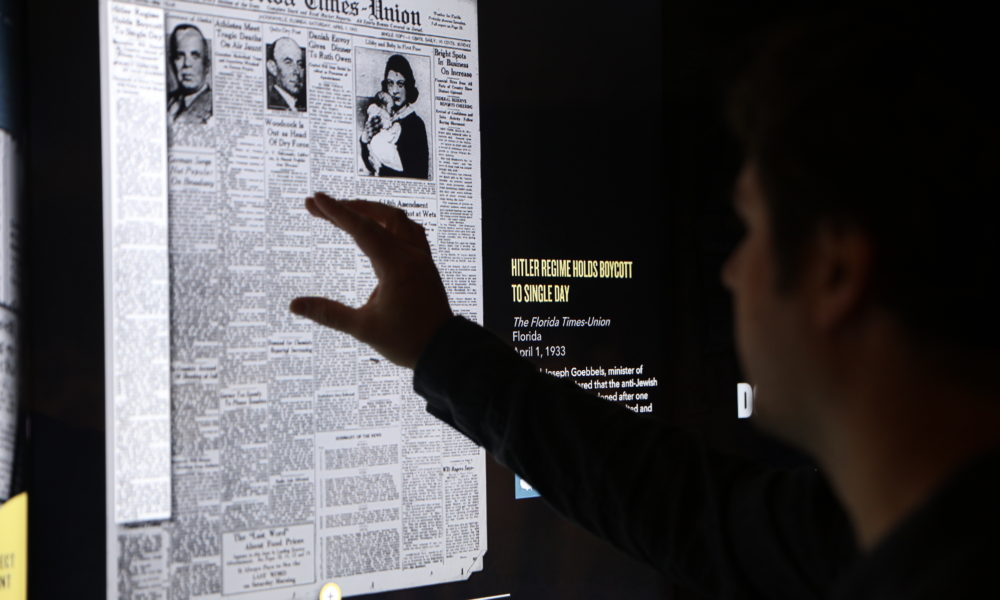 The "Nazi Germany in the News" interactive map allows visitors to explore news coverage on the rise of Nazism in in each state throughout the country. 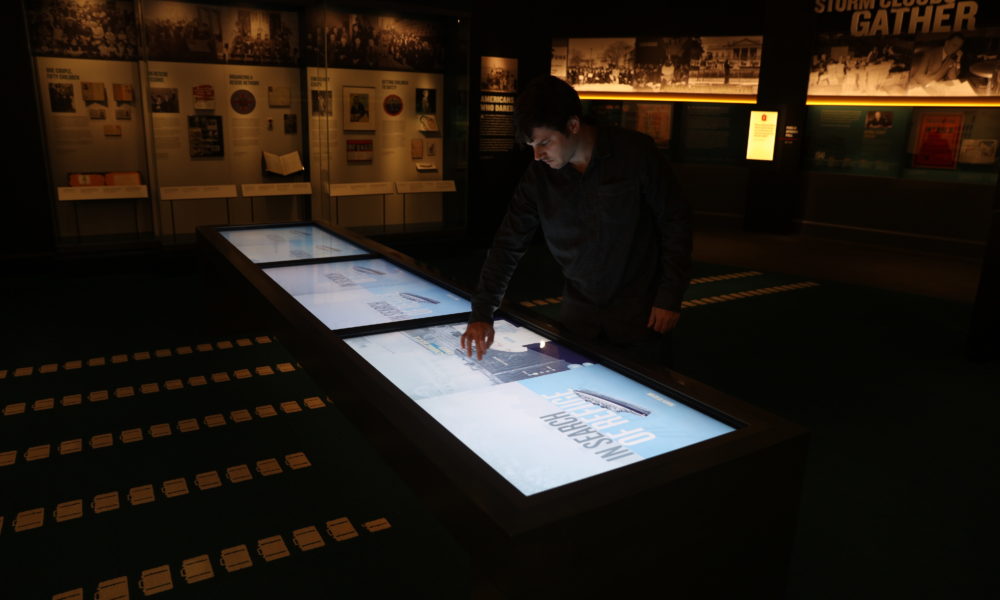 The "In Search of Refuge" interactive table at the Americans and the Holocaust exhibit.